How dominant was Travis Frederick, and what will his return mean to the Cowboys?

Sports Sturm’s Weekend Riffing: Sifting through the mailbag to end the week

Posted by Sturminator at 9:38 PM 0 comments

Grading each Cowboys offensive lineman’s 2018: The Dallas line has work to do to meet its reputation

How Carson Wentz shaped the Cowboys’ quarterback decisions, and how he’ll influence another one soon

Mo Salah kicked the ball directly at me. I am sure of it. If the corner of the net doesn’t stop the ball it would have hit me in the face. It was glorious. In fact, I accidentally was recording on my phone at the moment — to merely capture singing for the radio show — and as you can see, things got delirious when it all happened.


Ok, enough of my reminiscing, let’s talk about you making your life-long memory over there.
A few things to remember:
I have never not had fun. It is safe, enjoyable and you can gamble inside the stadium in the UK, which helps those who get bored watching soccer. Just don’t make the mistake of thinking you can cheer for the road team amongst the home supporters; they don’t do that over there. 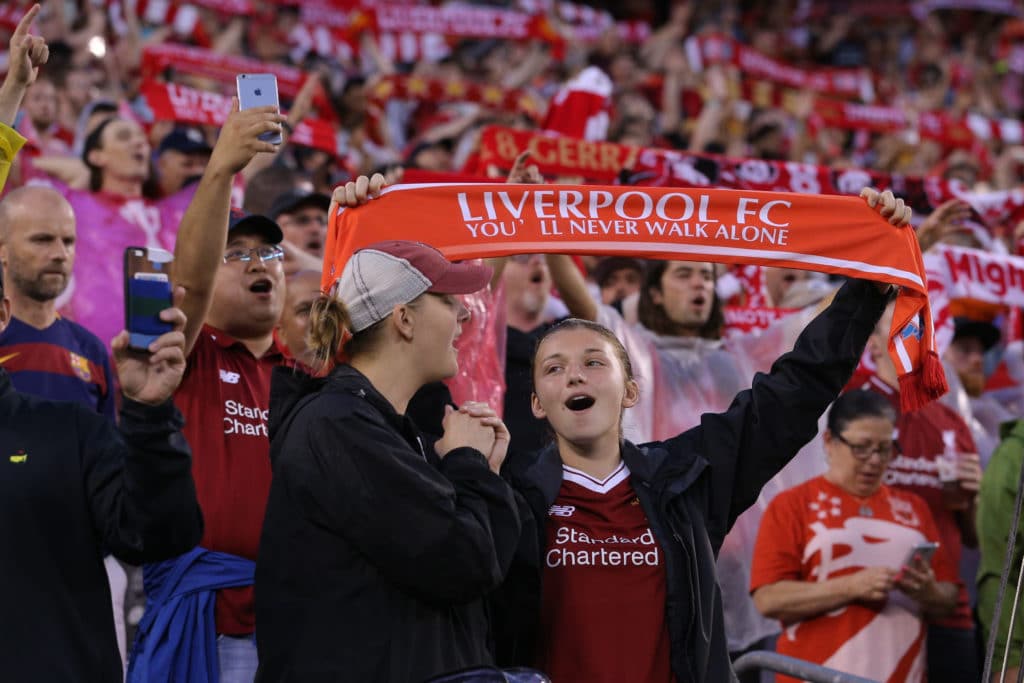 Is there a sport that you tried to get into, but just couldn’t? Also, you mentioned on the radio that the UFC had a chance to be that “next big sport” but went awry – what are your thoughts on where they went wrong?
I would say that the answer is generally “no.” I suppose I have faded from some sports like NASCAR and boxing over the years, but if I tried something, got to know the topic matter, and really gave it my attention, I generally enjoyed it. It isn’t the game, I suppose. It is the human competition that I enjoy so much.
Where did UFC take a wrong turn? Well, I guess it is debatable about whether they did or not, but my answer would be that they got too excited about crossing over to the masses when Ronda Rousey and Conor McGregor (and to a lesser extent Brock Lesnar) captured the attention of the mainstream media. I think they lost their path a bit at that moment and started making short-sighted decisions based on cash grabs. Speaking of cash grabs, I think they have really hurt their product by going to a primarily streaming platform that seems to largely take their product more out of sight, out of mind. As a huge UFC guy, I have found myself less engaged over the first five months of their new relationship.

Tomorrow's Friday Riffing is an experimental edition called "Ask the Sports Nerd". So far, I have questions on #ProjectDigitize, how to get EPL tickets, and what is the worst rule in the NFL. You have a few hours to join them before I get writing.

@SportsSturm I now have paid subscriptions to ESPN+, Bleacher Report Live, and NBCSN just to watch all the Arsenal, EPL, and UEFA games I want. Is this the way of the future? Will I have to pay a la carte subscriptions to watch MLB, NHL, NFL, and NBA too someday?

See Daniel Calhoun's other Tweets
I now have paid subscriptions to ESPN+, Bleacher Report Live, and NBCSN just to watch all the Arsenal, EPL, and UEFA games I want. Is this the way of the future? Will I have to pay a la carte subscriptions to watch MLB, NHL, NFL, and NBA too someday?
I do not have a good handle on this at all. I also have subscribed to all three of those services for my Liverpool matches and have no issue doing so because the product is fairly priced and worthy of the expense. Is this the next paradigm for all of our sports, though? I simply do not know the answer to that one. What we do know is that these sports have to be proactive to stay with the times and to maximize their revenue possibilities. We also know the traditional networks are not going to stay static. I don’t love all the advances by any stretch, but my satellite bill is astronomical and includes many channels I never watch. So if I have to pay a la carte in the future and save money in the process, let’s do it.
I hope this left turn was a reasonably enjoyable Friday read, and if so, maybe Ask the Sports Nerd will return down the road.
Either way, expect a return to your normal Cowboys programming by early next week.  Happy weekend.
Posted by Sturminator at 1:23 PM 0 comments