Breaking down the Cowboys’ draft & answering your questions on transparency, value and role

The Morning After: Cowboys draft big bodies and depth, pass on safety

Posted by Sturminator at 8:44 AM 0 comments

Final rankings: The 2019 Sturm 60, and sorting out the Cowboys’ draft plan

Posted by Sturminator at 8:42 AM 0 comments

Amari Cooper is the Cowboys’ 2019 first-round pick. What will his contract extension look like?

Posted by Sturminator at 8:41 AM 0 comments

Sports Sturm’s Friday Riffing: How Kyler Murray won a title for a midday radio show at the age of 8

Posted by Sturminator at 8:40 AM 0 comments 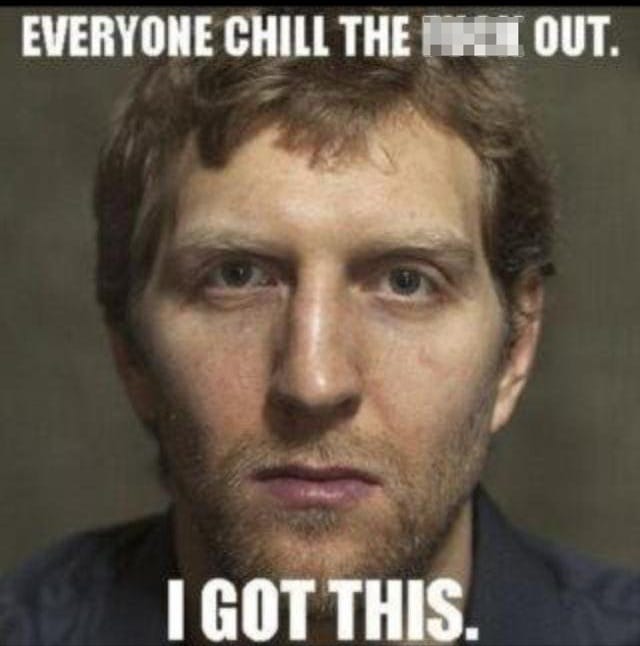 That’s my GOAT.
Posted by Sturminator at 8:35 AM 0 comments

Above, is the greatest goal I think I have ever seen in person. David Beckham in his prime with a brilliant chip on my trip to Upton Park in 2002.

So, for no other reason than planning for another trip, I recently pulled that game out and posted it up for you. And, while I am at it, here are the 19 matches I have seen in the United Kingdom to date.

The Results from my 7 Road Trips to England:

Below is my view from that amazing night.

I imagine it would have to be a really boring day at your job to find this interesting, but that is why I named this post like I did. In fact, I was just looking through my ticket stubs the other day and was reminded of the day in February of 2004 when I had a chance to see Arsenal in person (with Spike Lee and the picture I took below) 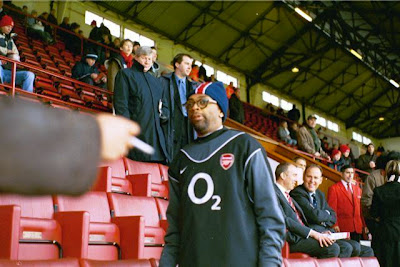 Various other video items from these matches:

Posted by Sturminator at 9:33 PM 0 comments

Cutting weight and getting with Keto

It happened again.  I gained a few pounds too many.  And then a few more.  And a few more.  Before long, I had “PR’d” in something where you don’t wish to set a PR.  I had hit an all-time high in my weight.

It’s a big number. Bigger than I ever wanted to be. Now, I am 6’4 and perhaps vain, because people tell me there is no way I weigh as much as the scale told me, but I really don’t care what nice things people say to others in this situation. I cared what the scale was saying.

After a few years of being in a good spot of fitness, I hurt my back and through a series of unfortunate events, I had to change my exercise routine.  Basically, it went from running a ton to biking a decent amount.  That certainly didn’t help.

Aging didn’t help either. Metabolism slows with age and you can’t do things at 46 that you could do at 36.  I am a breakfast cereal enthusiast, for instance.  That is perhaps not a great plan to eat a couple bowls of golden grahams to start the day if you want to stay slim and trim.

Now, if you keep close tabs on my life, you know I have spent many years working with George DiGianni on fitness and his 21-day body makeover.  His system works every time and I am able to shed unwanted weight in a hurry.  Of course, he aspires to change my approach to life, but I am a stubborn one.

Usually, within a bit after is program is finished, I return to eating like a goat and for me that includes carbs.  Lots and lots and lots of them.  I love carbs so much.  I am not going to try to kid you on this.  I love white bread and fresh toast and pancakes and doughnuts and pizza and cookies. Man, I never walk by cookies. Cake?  Yes, please.  Cupcakes and on and on.  I love rice and potatoes and everything that is just not a good plan for someone who is trying to maintain the proper weight and waistline.

Something had to give, but I probably wasn’t going to concede until that biggest number hit the scale.

It was depressing.  I needed George to level with me.

He walked me through the Keto world that fitness people know so well:


What I’m about to share with you is not new, in fact, science has been strong since the 1920’s when the Ketogenic diet was developed for people with epilepsy. With that success, focused turned to diabetes and a host of other diseases.
We are all born in a state of ketosis. Eating carbs and too much protein kick us out of ketosis.
Some will say we need carbs to live. Bull…, we don’t need carbs to live. Can we benefit from certain carbs such as veggies and fruit? Of course, however, they are not needed to live since the body will easily live on the energy protein and fat give us.
When you eat carbs, they go to the liver and turn to glucose to be used as fuel.
When you eat protein, it too goes to the liver and turns to glucose called Gluconeogenesis- the metabolic process when protein produces sugars to be used as fuel.
That means you have to exercise to prevent that glucose from converting to fat.
Now, it’s common sense eating too much of any macronutrient can have that effect.
So, people who think they need more protein than the 20% recommended in the program are not going into a state of ketosis, therefore, they must work out more to use the extra energy
However, extremely high fat 70-75%, low carb 5%, and 20% protein of your daily calories forces your body to produce ketones in the liver.
Eating this way creates satiety that prevents us from eating too much, we simply don’t want more food and removes the discipline most of us need to stave off that cupcake or bread on any other program in existence.
These ketones are saying, "okay, since there are no carbs or protein to use for fuel, we’re going to have to resort to using fat for energy.

Now, I trust George because we have worked together before many times for many years.  Like I already said, I get that might look bad on him that I keep backsliding.  But, this Keto approach makes intuitive sense to me and it also fits my approach pretty well. I love the avocados and the bacon and the cheeses and everything that is back in play here.  It isn’t difficult.  I also get that as my metabolism ages, so does my approach to breakfast cereal and my irrational love of breads.

I don’t want to “PR” anymore, so I am willing to make changes.

I am currently 2 weeks in and I am back down where I was last year and I am planning on taking that elevator much, much lower by sticking with the plan. I don’t feel limited, nor do I crave the carbs on this keto cleanse, odd.

I probably have said that before, but I plan on making this challenge last way more than 30 days. Here are a few things you can eat and lose fat based on the high fat low carb approach mentioned above.

Eating these foods make it easy to commit to staying the course. Let’s see how this goes from here.

To learn more, check out George's site is www.21daybodymakeover.com
Also, he has plenty of the science behind it there to back it all up:

DeMarcus Lawrence has secured his bag. Here is why the deal was a no-brainer for Cowboys

Posted by Sturminator at 8:30 AM 0 comments