Warning: The Following Data is only for those with a gigantic thirst for knowledge about the Dallas Cowboys offense. For those with only an in-season interest for the Cowboys and minutia related to the Cowboys, check back tomorrow for something more main-stream.

Basically, they were somewhere between average and slightly above average as an offense. Which seems to properly summarize how the team was as a whole in 2011. Not horrid and not great. Somewhere around room temperature, or to summarize in one simple word: lukewarm.

But, that data can be and must be separated for a coaching staff to see what was working and what needs to either go into the garbage can or at least back to the drawing board. And, since my computer is filled with data about every offensive snap since the start of the 2008 season when I got this idea in my head, I wanted you to be able to reference this as you try to get a handle on your thoughts about where the franchise is going and where it has been.

4 years is a ton of data, so you might wish to just sit on the 2011 numbers, which will be shared here at the very top of the blog entry.

Below, please find the key code for each personnel group that the Cowboys run. I think after reading it, you will be able to understand each grouping, and therefore will have a feel for comparing production from group to group.

The easiest way to understand how an offense works is to recognize that every play has 5 offensive linemen and 1 QB. So, basically an offensive coordinator must figure out what he wants to do with his other 5 men. He can go to extreme running groups like 2 RB and 3 TE, or he can go to an extreme pass receiving group of 5 WR. Usually, though, a coordinator will want to find something in between that keeps the defense wondering at the snap of the ball whether a run or pass is coming. This is why you always hear coaches talking about keeping the defense "off balance" or guessing.

Here is the data for every personnel group that averaged 1 snap a game. If the Cowboys only showed a group for 2 snaps all season, I have record of it, but I don't want to complicate this any further than it already is. Check out the chart to see the production of each grouping:

The running game was rather weak this year in many groups. But, with FB Tony Fiammetta in the lineup, the Cowboys found that 21 and 22 personnel were very effective on the ground. The difference in the running game with and without the FB was as shocking as any year we have ever tracked. But, we also saw that DeMarco Murray seemed to prefer a FB and Felix Jones did not seem nearly as comfortable with a FB. The passing game was at its best from under center in 12 personnel, not any of the shotgun packages which many fans would believe. This remains an issue moving forward as the successful teams in the NFL have great success out of "Shotgun 11" and the Cowboys do not. Very disconcerting given the amount of time that the Cowboys are in that personnel package.

The following is the average game in 2011. We wanted a profile of what 1/16th of the offensive production would look like as a baseline for comparing every game. Here it is:
Totals by Personnel Groups:

Ok, now, we begin to sort it out based on each personnel grouping that was heavily used in the Cowboys offense. We have separated the Top 6 groupings and will compare the year to year production below: 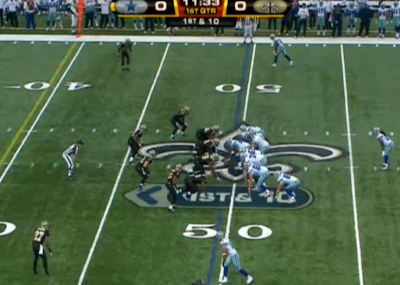 12 personnel is the way of the future (just ask New England) and finding those Tight End mismatches is something that Jason Garrett has dreamed about for years. Unfortunately, 4 seasons into Martellus Bennett's career, and his production level has never come close to fulfilling expectations. Now he is a free agent and everyone is comfortable letting him go. But, should we all think it is a slam dunk? The nearly 1500 yards of production from this personnel group with Bennett and Witten on the field at the same time was more productive per snap (6.6 yards per snap!) than any package in the offense. And the total yardage ranked 2nd overall to their 2-minute offense. Incredibly productive. One is not saying Bennett is responsible primarily, but you must wonder the effect of losing him, because John Phillips will not be to present the same questions to a defense in both run and pass situations. 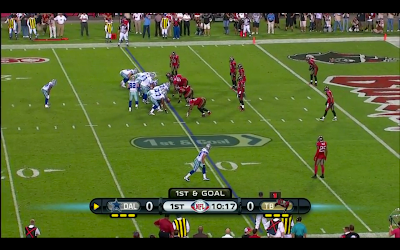 "13" puts all 3 TEs on the field at the same time. They ran this package more this year than any other year (obviously, getting Phillips healthy again helped) but the production was not good. 2.66 yards per snap for 98 plays means this package was not fooling anyone. 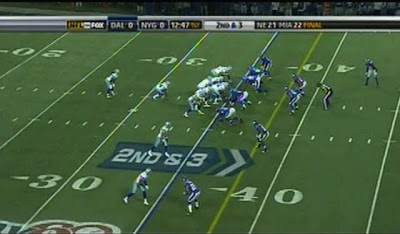 "21" brought us the Tony Fiammetta/DeMarco Murray partnership that nobody saw coming in August. 7 yards per carry over 51 run plays and 7 yards per pass in 40 passes says that the Cowboys had wonderful balance and production from this grouping. The only reason it wasn't used more was the health of both of those players over 16 games. 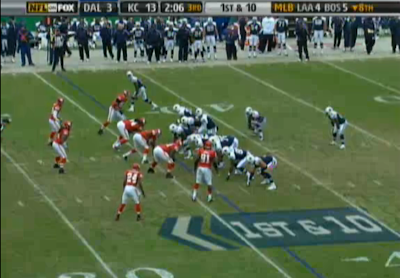 2011 brought us the return of "22". In 2009, "22" personnel was out of this world great for the Cowboys on their playoff run. But, the production dropped on the ground in 2010 substantially with Chris Gronkowski replacing Deon Anderson at FB. But, in 2011, Fiammetta was able to help boost this group back up to nearly 6 yards a carry again. "22" causes all sorts of defensive issues and the Cowboys were able to ground and pound out of this group rather well. 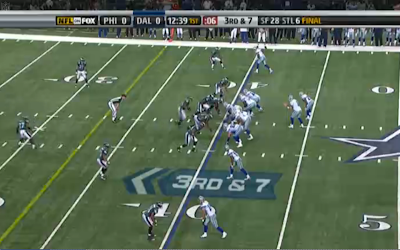 Whether it was a 3 WR group of Terrell Owens, Patrick Crayton, and Roy Williams or a 3 WR group of Dez Bryant, Miles Austin, and Laurent Robinson, we have never quite understood why the Cowboys aren't better in this group at causing matchup issues everywhere. Especially having a generational Tight End working the middle of the field. My theory has been that the Cowboys do not run enough shallow crossing routes, but whatever the case, the Cowboys run this group for nearly every 3rd Down and every 2-minute drill exclusively. That is why 5.83 yards per attempt is not enough for my liking and I assume Garrett's. This group is 30% of the entire offense and it has never been a strength in the Garrett/Romo era since we have tracked it. 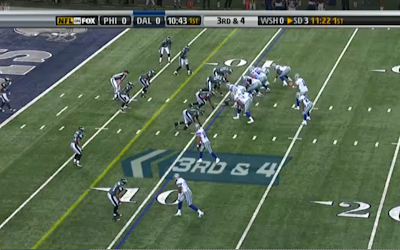 And finally, this variation of the Shotgun offense where Bennett replaces the slot WR and tries to find matchup issues in the secondary. Trouble is, the defense stays in their nickel and dares Martellus to beat a DB, something that he hasn't done in his career with any degree of consistency.

If you have made it this far, you are quite interested in this information. If it requires more clarification or elaboration, email me at sturm1310@aol.com and we will write more on the data.

Our 2011 Preseason Decoding Garrett Write-up
Posted by Sturminator at 8:23 AM