Thursday is turning a bit into some sort of Cowboys casserole, where I can fit a few things that I did not have a place for the rest of the week, and answer some of your very solid football questions, too.

So, I'll get to the questions in a bit, but first these items:

1) The Punt Return for TD - There is not much in the game of football I understand less than special teams, and I thought we could try our best to learn together this season what they are trying to accomplish there. Certainly not to the same extent as "Decoding Garrett", but let's at least examine any substantial special teams play and find out what went right or wrong.

And a good place to start is who is playing and where are they playing on special teams. Last week, I charted every player on the 4 major "special teams" for the Washington game, and I will try to do that periodically as we go.

So, here is the play:

And with a little help from TC, here is a good look at how the Cowboys set up Sunday for that Punt Return: 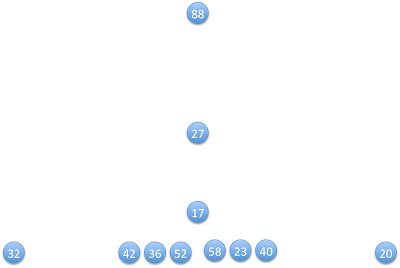 I find it interesting what kind of player you want on the field for punt return, and then where they are aligned. I think Special Teams Coach Joe DeCamillis is a real find and a potential head coach candidate at some point for some team. Remember, John Harbaugh, the coach of the Ravens, went straight from being the special teams coach of the Philadelphia Eagles right to that job.

Anyway, they do not double team the gunners on the edge like you see sometimes, and they also have a return man and more shallow "protector" in Owusu-Ansah back to help set up the return. Then Sam Hurd is right over center and it looks like he has to sprint back and help set the edge for which ever direction they called for the return. 52 and 58, Leon and Jason Williams are the only players with any size on the field, and they are just linebackers, so you can understand now why some teams think they can snap the ball and run for a few yards on a fake - because there is no Jay Ratliff or Marcus Spears on a punt return team to drop anchor in the line. It is all speed, speed, speed. And if Dez can make one guy miss, he can be off to the races.

Last time the Cowboys returned a punt for a TD was last year against Seattle when Patrick Crayton broke it , and just to show you what DeCamillis (and all Special Teams coaches in the NFL) has to deal with when the realities of a 45-man game day roster hit home, here are the 11 who were on the field for that return just 10 months ago:

3! Just 3 of the same players from a successful punt return last November. Heck, Leon Williams and Barry Church were playing their first game ever with the Cowboys on Sunday and they were key members of this return. Impressive.

2) Inactives: Speaking of Leon Williams and Barry Church, they were activated because of Deon Anderson and Sean Lee being hurt in week 2 (and beyond for Deon) so here is the updated inactive chart of who doesn't play when the Cowboys drop from 53 to 45 on gameday:

3) RB Snap Count: This is something that many of you have asked me about - how are they carving up the snaps between their 3 WRs. I will try to keep this (as accurately as possible) for a while. Here is week 2:

It looks like the idea is to continue to split the work load and bring Choice in only for specialty situations and 3rd Down. Barber is getting the 1st drive, Jones the 2nd, and they seem to go back and forth with Barber getting short yardage and Felix getting more and more time out of the "S11" offense - which means more playing time, but not more carries usually.

And now, your questions:

Every since Romo became quarterback (maybe even before) the cowboys have been a big play offense. Their problem now is that they can't make big plays or that they don't try big plays anymore. If look at the time T.O. and Terry Glenn were here all of their plays were down the field. This covered up a bad O-Line and ok running backs because everyone was looking for the big play. The reason they cut T.O. was that he couldn't make the big play catches anymore and he would drop the intermediate ones. I think if they can get Miles or Dez to go a little vertical or deep posts you can see the offense we've been waiting for. Just hope we can protect Romo long enough.

Thanks, Josh. I think that we are looking at the first 2 games and especially in the Bears case with that deep Cover 2 that they play, it is really difficult to get downfield with verticals. However, Romo was passing for yardage so he did get to 370+ somehow. I do think there will be big plays this season (and Houston is a candidate given their secondary issues) but it is obvious the book on playing the Cowboys is to try and make them drive 15 plays - because the Cowboys have a hard time going 15 plays without self-inflicted drive killers. I suppose it is hard to argue with that point right now. Almost every drive, you can point to a penalty, a drop, a turnover, or another "drive killer" that puts the Cowboys in a spot where they do not get what they have worked for.

Sloppy undisciplined play = loss almost every time…. In both games, the Cowboys had at least TWICE as many penalties as their opponent. In both games, if they played crisper, with ½ has many mistakes (penalties) they would’ve won; end of story.

Until they get rid of wade, and bring in a coach who insists on disciplined play, the nonsense will continue. Even then, it may not help, because, at the end of the day, everyone knows that the head coach is not the one with the final say… and even when Bill Parcels was there, that was the case…..


I get this email plenty, and while I do not totally disagree, I do want to make one crucial point about pre-snap penalties. I think too often we think those are inexcusable issues where a player doesn't know the snap count or isn't concentrating. Yes, that does happen, and when it is clear Andre Gurode is just snapping the ball when he feels like it, that should turn everyone's stomach. But, let's visit about those False Starts that seem to happen 3 times a game. While the end result is the same and you would hope you could cut them out completely, I do think we should understand WHY false starts happen.

If you talk to any offensive line player, they will usually admit that it is there goal to try to cheat the snap count by a millisecond so that they can get a head start on their battle with the man in front of them. Take Marc Colombo - he is just back from knee surgery, and sees Julius Peppers across from him and knows that on this play he is not getting any help. He knows that he cannot be responsible for ending this drive so he has to hold #90 off even though that is much easier said then done. So, he knows Romo's snap cadence and knows the count so if he can get out of his stance and in position before Peppers gets out of his, he has a much better chance of keeping the edge. I am not saying it is right, I am saying it is how it is. And, the truth is that a guy like Colombo may be jumping the snap count every play, but only getting caught once or twice. I am not saying this will change your mind about the penalty, but I just don't like people saying that it is lack of focus. Colombo or Leonard Davis are not daydreaming about what they are going to do on Tuesday during the snap-count and forgetting when to start the play. In reality, all they are doing is focusing on the beast in front of him and trying to figure out how to do their job this play. By the way, if you see a guard false start, it is often because he is pulling on a run play, and knows that he is going to have a hard time getting to his destination before the RB gets there. So he is cheating, too.

Bob, do you still think the Texans will "rue the day" for taking a DE over a QB? Jim

Jim, Thank you for properly pointing out that I owe Charley Casserly a big apology.

On draft day 2006, the Houston Texans had the 1st pick of the draft. There were 2 obvious "people's choice" options - Reggie Bush of USC or Vince Young of Texas. The Vince Young idea was one that I believed in because A) David Carr was going nowhere B) Vince Young appeared to be an even more dangerous version of Michael Vick, C) Young was from Houston and the symmetry of it all seemed too perfect, and D) if they don't take Young, then their division rival and former Houston franchise, Tennessee will certainly snap him up!

Boy was I demonstrative that the very flashy Young is the right choice and way better than this silly idea of a DE from NC State. Mario Williams? I had watched football every Saturday and hardly recall one mention of NC State or Mario Williams.

Well, it has been 5 seasons now since that day that Casserly made the selection and then pretty much was shown the door immediately after the decision was made - and wow, did he make the right call.

Watch Williams on tape and you will be amazed. He is a perfect DE destroyer and as dominant a pass rusher as there is. Since the day he was picked, just 2 players in the NFL have more sacks than Mario - DeMarcus Ware and Jared Allen. That is your entire list! More than Julius Peppers, Trent Cole, Elvis Dumervil, Dwight Freeney, James Harrison, and the entire field.

Casserly drafted Williams, DeMeco Ryans, and Andre Johnson - and yet he was classified as a failure in Houston by many. Tough crowd. But, I readily admit an apology is due from me - I got that decision way wrong - and Charley did not.

Tomorrow: We Game Plan for Houston.
Posted by Sturminator at 7:56 AM