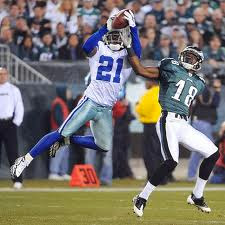 2008 Draft Profile From OurLads.com:Mike Jenkins - South Florida - 5'10 - 197 - 4.42 - Three-year starter. Six career interceptions. Cut tackler, not a wrap up. Needs to improve footwork in man to man coverage. Good instincts, but has consistent breakdowns in technique. Plays corner like a safety, but doesn't tackle well. Flashes a closing burst. Can stick his foot in the ground and drive on the ball. Improved in supporting the run, but still takes bad angles. Looks like a Cover-2 press corner that could also play off. His hip tightness is apparent in the BTR drill where his times should correlate with an athlete's 40-yard time. Should contribute on special teams coverage. Has talent but is getting a free pass on a number of shortcomings that need to be addressed and improved upon. Consistency, mental toughness, coverage discipline, and attitude all need an adjustment. First/Second Round.

Pre 2010: There is always a level of expectation that is associated with being a player taken in the 1st Round of the draft. There is an even bigger level of expectation associated with a player who was taken in the 1st Round when the Cowboys demonstrated how badly they wanted the player by trading up for the right to grab him. If you trade up for a player, we assume that you are sure that you are sure he is the guy you need. In the 2008 draft, the Cowboys sat at #28 when they decided to pull the trigger on a trade up to #25 to get Mike Jenkins. The trade cost the Cowboys #28, their 5th Round and 7th Round pick. Carl Nicks, often regarded among the very best Guards in the NFL, was selected in the 5th Round - just 1 pick after where the Cowboys were before they traded up to get Jenkins. All of this built up a very lofty level of expectation for Jenkins before he ever played a snap in Dallas. But, in 2008, Jenkins had a rookie year to forget with a number of blown assignments, and according to grades given, performed behind every other Corner on the roster (Terence Newman, Anthony Henry, Pacman Jones, and even fellow rookie, Orlando Scandrick). The worst moment of his rookie season came when cameras captured Jenkins' refusal to tackle Derrick Ward of the New York Giants during a game that was out of hand. His 2nd year, however, was a very encouraging rally for the young corner. In 2009, Jenkins put together an entire season of solid play, blanket coverage, and an opposing QB passer rating of just 54.0 on passes in his direction. Jenkins looked like he had figured things out quite a bit and seemed to be the best CB on the team. Mike Jenkins appeared to have arrived to a Pro Bowl level.

2010: What happened in 2010 to Mike Jenkins is very difficult to explain. All of the indicators were there for him to continue to establish himself as a top corner in the NFL coming off a solid season. But, it would seem fair to label last year as a disaster. First, the opponent's pass rating to his man was a shocking 122.6 - worst in the NFL among starting corners. He was 7th in the NFL in penalties among corners and personally conceded a league-high 994 yards against. In fairness, he seemed to be playing hurt with moments where he was helped off the field happening against the Bears, Giants, Giants (again), and Colts. But, likely the scenario that would best describe his season in a nutshell started in the Green Bay game when he appeared to once again pass up a chance at a tackle on Packers' WR James Jones who finished the play in the endzone. The cameras caught Jenkins seemingly unbothered by that situation moments later on the sideline as he waved at the television audience as many Cowboys fans found nothing amusing about trailing 35-7 in a game that would make them 1-7. That week, Jason Garrett was appointed Head Coach, and Peter King reported that Garrett told him "there would be consequences" for lack of effort. So, the following Sunday, Jenkins attempts to get physical at the goalline by sticking his head in on a tackle on Ahmad Bradshaw, only to leave the game with a neck injury from the effort. It was truly a season to forget.

2011 Analysis: Jenkins is one of the very few players on the Cowboys that is young and talented enough to be among the best players at his position in the NFL. However, the fact that 2008 and 2010 were both considered very disappointing efforts is a troubling and disconcerting truth that has many Cowboys' fans already convinced that he is a bust. His physical tools are not in doubt, but his mentality seems to be his biggest variable. At times, he looks confident and ready to challenge any play. This was the case in 2009. But, when he loses confidence, as he did against the Titans in Week 4 when he was called for multiple pass interference plays, he did not recover for most of the year. At these times, he is a player that is his own worst enemy. Also, the fact that he has often passed on physical challenges on runs to his side of the field is a difficult label to erase - especially if you keep doing it. Of the player who we are most eager to see how Rob Ryan and Jason Garrett can work with and coach up, Mike Jenkins is at the top of the list. They simply must get him to play to his potential. If 2011 does confirm his label as a bust, the Cowboys will have a hard time overcoming that development. Dallas desperately needs the 2009 Jenkins to return.